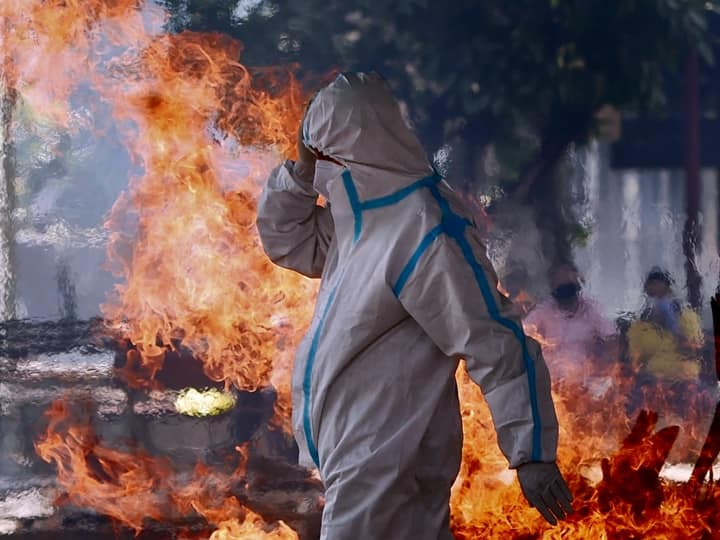 Mumbai: Mayor Kishori Pednekar said on Thursday that the financial capital lacks rivers in which to bury the dead. The statement could be interpreted as a dig at the BJP-ruled state of Uttar Pradesh, where hundreds of bodies were recently discovered floating in the Ganga River or buried in the sand along its banks.

“We have never underreported Covid deaths. We will never do so in Mumbai. We don’t have rivers to dump the dead bodies. We respect families and we duly give death certificates,” the mayor said.

On May 10, 71 corpses washed up on the riverbank in Bihar’s Chausa village, near the state border, bringing the horror in Uttar Pradesh to light for the first time. Those who live near where the bodies were washed up are concerned that they are Covid-19 victims.

“All Covid deaths in Mumbai are recorded at 3 places so the data can’t be hidden,” Mayor Kishori Pednekar said.

In response to the Malad building collapse, she stated, “Audit happens in every ward and we send notices. People still prefer to live inside and die rather than moving to a safer place”

On Wednesday night, a single-story house collapsed on another structure in Mumbai’s Malwani neighbourhood, killing at least eight children and three adults and injuring seven others.

Maharashtra Minister Aslam Shaikh who visited the area said, “Buildings have collapsed due to rain. Rescue operation is underway. Injured people have been shifted to the hospital. Debris of the buildings being removed to see if more people are stuck under it”.

“Mumbai Police will register a case under Section 304 (2) of IPC (culpable homicide not amounting to murder) against the owner of the structure and the contractor. They had recently made some structural changes after cyclone Tauktae,”: Vishwas Nangre Patil, Jt CP (Law & Order) informed.