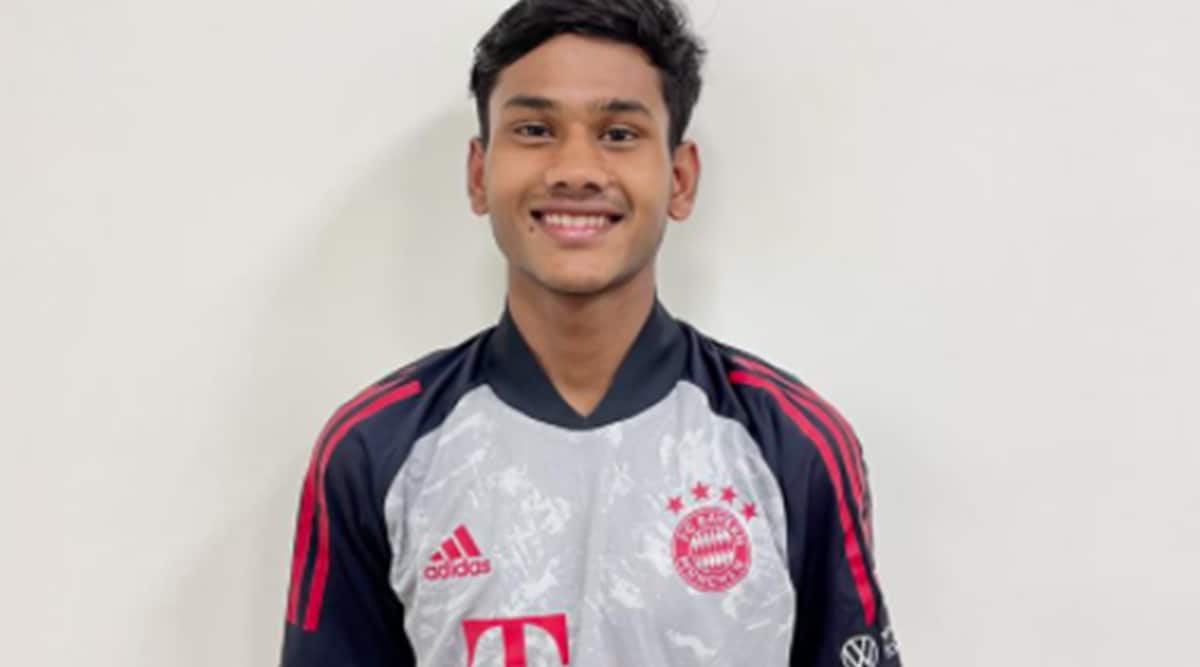 Pressure does not phase Shubho Paul. He was firm when he knew he would be following a dream his brother had had to give up for want of money. And he is firm now. Now that he is being tweeted of by Chief Ministers and Indian football legends.

The 17-year-old from West Bengal’s Saikia — until a couple of years ago a barefoot footballer who would ride to a field on a cycle borrowed from his coach — is preparing for the long plane ride to Bayern Munich. There, Paul will play against multiple U-19 sides in the Bundesliga, with the eventual aim of signing a senior professional contract with the German giants.

My heartiest congratulations to Subho Paul, who has been selected to represent FC Bayern Munich World Squad in Germany.

At the young age of 17, he has shown the world what football truly means to Bengal – beyond sport, it’s an emotion.

Proud moment for our country.

“My family is telling me not to think too much about the trip, about selection into Bayern Munich. They are just telling me to enjoy myself and to keep in mind that I am representing India. But I can tell from their voices that they are very happy,” said Paul, who plays at Sudeva FC, a Delhi-based I-League club.

Paul has been staying at Sudeva FC’s residential facility throughout the pandemic, and it was only on a phone call that he got to convey the news to his family. That phone call would have been special for his elder brother, Raju Paul, who left football 10 years ago because of financial constraints for the family.

“He had to support the family, so he took a job. Our family couldn’t afford the both of us playing,” said Paul.

“It was my brother who was the footballer. I used to knock around smaller balls with the other kids, I played more cricket than football. It was him who motivated me to think about football seriously, who took me to coaches,” he said.

It was a coach in Salkia, Tapan Karmakar, who believed in Shubho so much that he lent him his bicycle so that he could come to train everyday. One day soon after, Kolkata football legend Chima Okorie, who was in the area, was so impressed by Shubho that he bought him his first football boots.

In 2017, Paul was snapped up by Sudeva FC to play in the U-13 I-League. What happened next is stuff of legend for the Delhi-based club’s owners.

“Shubho is a very straightforward person. Before a junior game, we asked him what he wanted to do in the match. He had a simple answer — to score 10 goals. We were a little surprised, but not as surprised as when he scored 13 goals in the match,” said Vijay Haqari, Sudeva FC co-owner.

Shubho once scored 58 goals in a span of 12 matches in the U-13 I-League, according to Haqari and Anuj Gupta, Sudeva FC co-owners.

Promoted to the senior I-League team last season, Shubho was also given the captain’s arm-band — at the age of 17.

This year, led by club legend and World Cup winner Klaus Augenthaler and their coach of international programmes, Christopher Loch, Bayern launched a talent hunt to pick 15 players from around the world, to form a ‘World Squad’.

Gupta and Haqari were not even aware that they could be interested in an Indian player. “I got to know from a Bayern representative of the talent hunt. I prepared a CV for him, made a video collection of his performances, and sent it across to Bayern. In April, they had a call with me and Shubho,” said Gupta.

While that call proved decisive, there is another daily call that Shubho Paul credits as a secret to his success.

“My brother and I talk on the phone everyday. He tells me not to stay up so late. Now, he is telling me everyday not to take undue pressure of the Bayern trip,” he said.

But pressure, it seems, has never been a problem.

“Shubho Paul, like all superstars, thrives under pressure. He has very straightforward thinking, he enjoys attention and performs best when the stakes are high,” say the Sudeva FC co-owners.

But Paul is kept humble by a sense of overwhelming gratefulness — towards his coaches at Sudeva FC, his friends at the club who do not let him miss home, to the few people who believed in him — his brother who sacrificed his dreams, his coach Tapan Karmakar, who lent him his bicycle, and Chima Okorie, the Kolkata football legend who spotted him and bought him his first boots.

“When I spoke to Chima sir about Bayern Munich, he told me he had never thought I would reach this far,” Paul said with a smile, gratitude and the joy of proving someone wrong reflecting in equal portions.

The ‘World Squad’ will go to Munich to play against the Bayern youth team next month. Before that, they will travel to Mexico as part of the project and will play against top Mexican U19 teams. Ahead of the match with Bayern, they will also be exposed to games with other Bundesliga youth teams. Standout players from the World Squad could be offered a professional contract with Bayern Munich. The project is also going to be made into a six-part documentary, so it could open up doors to coaches and scouts from around the world.

A fan of Cristiano Ronaldo and Robert Lewandowski, Paul has a clear aim: “I want to play in the Champions League with Bayern Munich.”