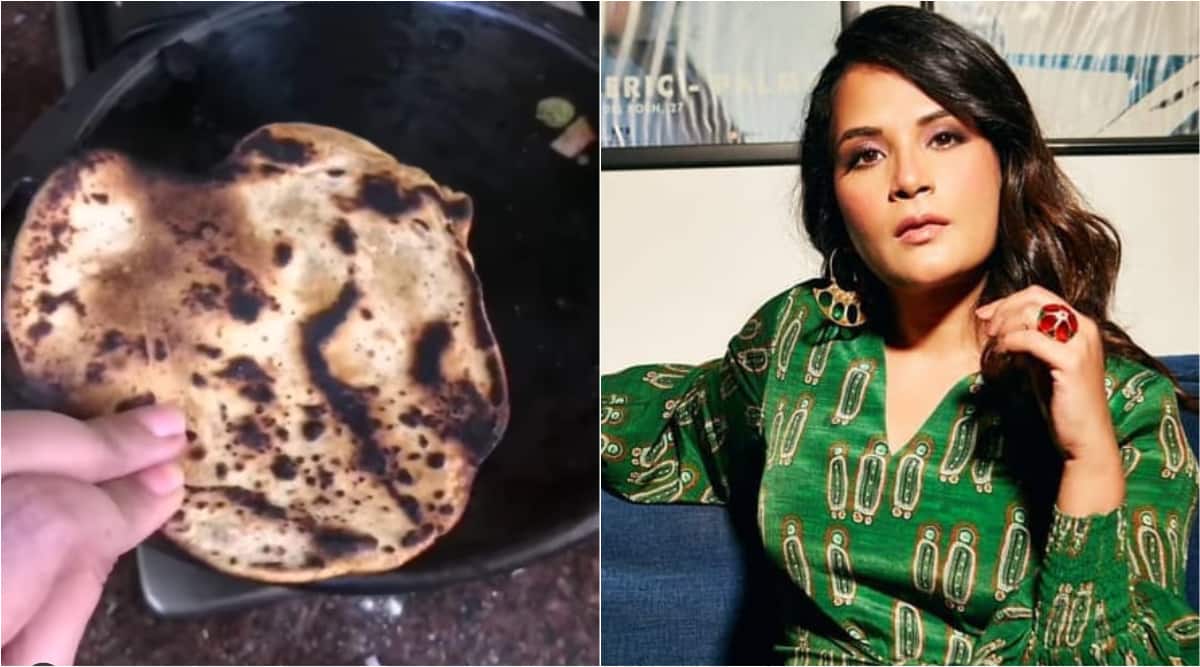 Kitchen is a place where you not only stir up a storm, but also a disaster. Actor Richa Chadha on Thursday shared a video of her recent experiment in kitchen that didn’t turn out well. The hilarious video has her showing a burnt roti and also making her fans ‘hear’ how it sounds.

In a video, the Gangs of Wasseypur actor shared how she wanted to pick a sustainable option on World Environment Day and thus got herself a cast iron tawa. However, the roti that she tried to make on it ended up getting burnt. The dark brown hard roti even cracked as she tapped it on the skillet to make her followers hear the sound it was making.

She mentioned that maybe she did not know how to use it properly and even exclaimed that people shouldn’t ask her again why she hates cooking. The actor captioned the video, ” PANtastic blunder 🙊 #RichaKiRoti.”

Many found the post hilarious. One of her followers wrote, ” You made a Cast Iron roti from the Cast Iron Tawa ……. And we all noobs in the kitchen know the recipe already 😂!!!!! ,” while a few said that ‘Bholi’s roti’ is as strong as her. Others also asked her not to hit someone with the roti and few said that she already managed to ‘burn’ some calories.

However, some of her concerned fans also dropped suggestions to salvage the situation. They asked her to ‘season the cast iron’ and also ‘heat it properly’ before use.

On the work front, Richa Chadha was last seen in the movie Madam Chief Minister and ZEE5 original Lahore Confidential. The actor is currently filming for Abhi Toh Party Shuru Hui Hai and also has Fukrey 3 in the line-up.