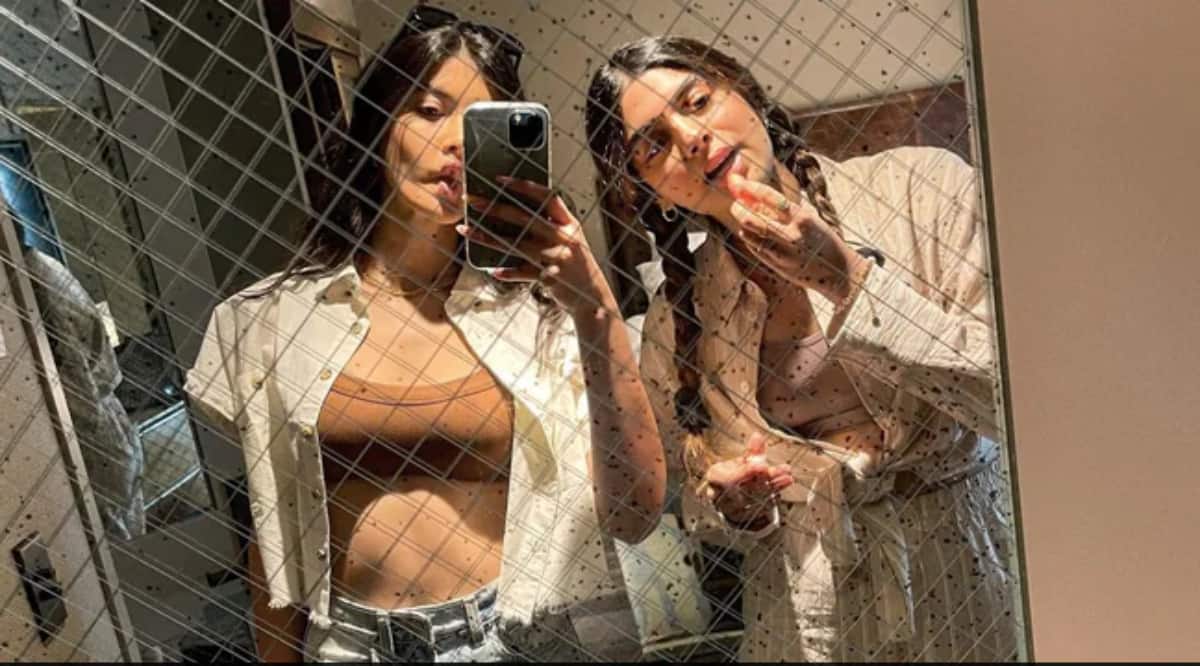 Shanaya Kapoor, who is the daughter of actor Sanjay and Maheep Kapoor, took to Instagram and shared a throwback photo with her cousin Khushi, the daughter of Boney Kapoor and Sridevi. In the photo, Shanaya is seen making a fish face, while Khushi seems keen on applying lipstick. Shanaya is clad in a brown crop top and white jacket, while Khushi is wearing striped pants, a knotted shirt and crop top. The photo was captioned, “Get ready with us, #throwback.”

Khushi replied with several angel emoticons, and Shanaya responded with a devil. Maheep commented on the photo, calling them “Cuties.” The photos seem to be from their New York trip, as we had seen them wear similar outfits.

Shanaya, who will be making her Bollywood debut with Karan Johar’s Dharma Productions,  is already quite the star on Instagram.  She worked as an assistant on Gunjan Saxena: The Kargil Girl, which starred her cousin Jahnvi Kapoor. She also made her debut at the Le Bal in Paris, in 2019.

We all saw a glimpse of her on The Fabulous Lives Of Bollywood Wives, which featured her mother Maheep. Khushi is keen to become an actress like her sister and mother, and is studying at the New York Film Academy.