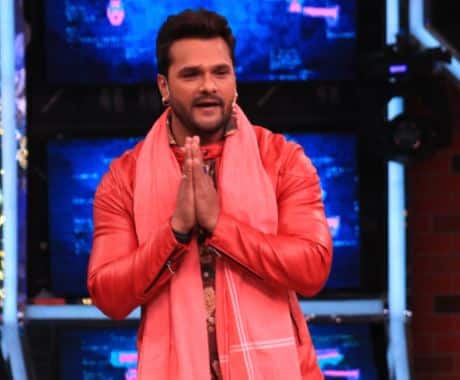 A criminal case has been registered against the Yadav by the head of Sanatan Seva Foundation, Surjeet Singh, in Mumbai.

He has been booked under section 292, 294, and 354 of the Indian Penal Code for allegedly producing songs with obscene content and vulgarity towards women in India.

In his complaint, Surjeet Singh has accused the singer of making vulgar content and obscene videos with sole intentions to mint money. Apart from that, Singh also provided necessary evidence in the form of screenshots and demanded strict action against the former Bigg Boss 13 contestant.

This is the second time Khesari has embroiled himself in controversy, earlier, this year in March Yadav was accused of threatening by film director Rajkumar Pandey. A case was registered against him after he allegedly made abusive remarks on the director.

Meanwhile, Khesari Lal Yadav also hit the headlines earlier this year after he claimed during his Facebook Live that people of the Bhojpuri film industry will make him the second Sushant Singh Rajput. The actor revealed that he is so much upset with the allegations against him and also appealed not to force him to an extent that he commits suicide.

Khesari Lal Yadav was a part of Salman Khan hosted Bigg Boss 13. Post his eviction from show the singer in an exclusive interview with ABP revealed that that the format of the show did not suit him. He also added that he had a bad experience in the BB house and was mocked by some of the contestants.