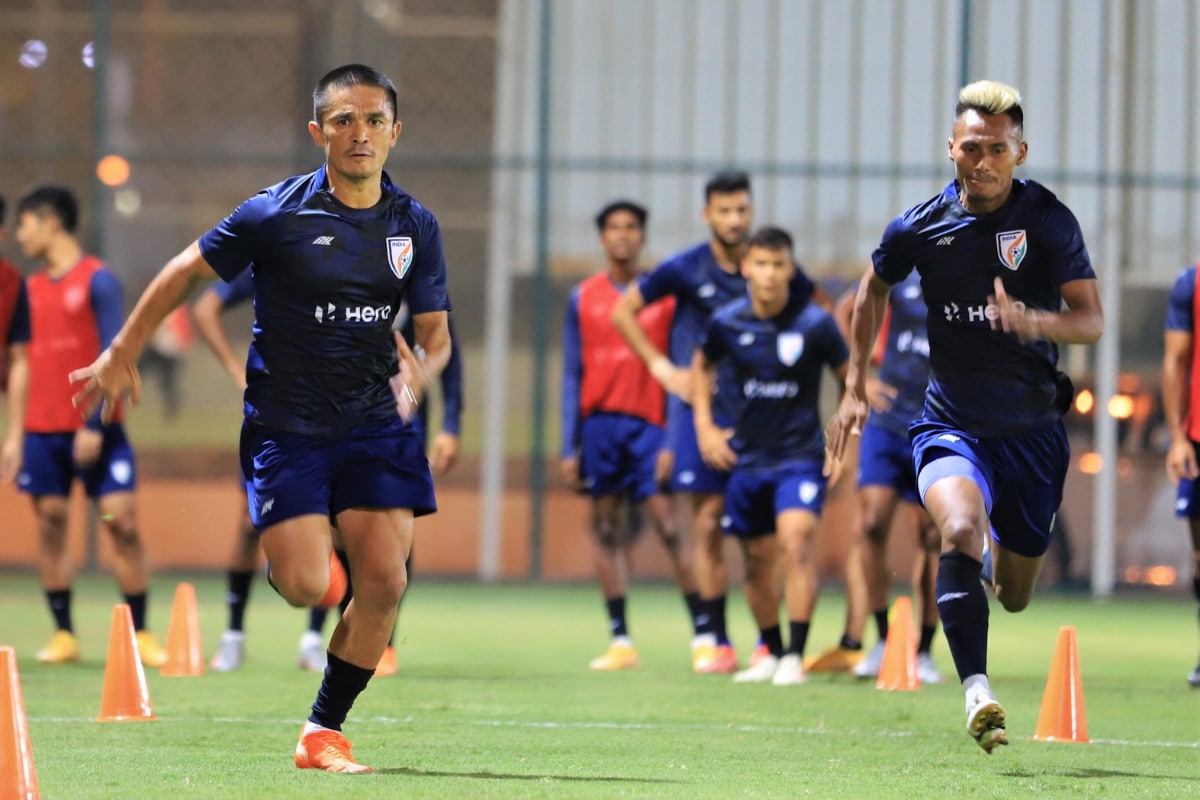 A winless India desperately need a positive result against neighbours Bangladesh in their joint World Cup and Asian Cup qualifiers match here on Monday, if they want to avoid the ignominy of playing in the qualifying play-off round of the continental showpiece. India are already out of contention for a World Cup berth but still in the reckoning for a place in the 2023 Asian Cup.

But with just three points from six matches, India are at the fourth spot in Group E and are not yet guaranteed an automatic berth in the third round of the Asian Cup qualifiers.

Among the fourth-place finishers, six teams have more points than India currently. That would mean that Igor Stimac’s men will have to beat Bangladesh to have any chance of an automatic berth in the third qualifying round of the Asian Cup.

A win on Monday will also be India’s first in six years in the World Cup qualifiers. The last win for India had come in November 2015 in a 1-0 result against Guam in a 2018 World Cup qualifying round match in Bangalore.

Stimac’s men would not have been too disappointed with the 0-1 defeat to Asian champions Qatar on Thursday as they played with 10 men from the 18th minute onwards. The show against Qatar must have regained some of the lost confidence after their 0-6 drubbing against UAE in an international friendly in March.

Historically also, 105th-ranked India have the edge over Bangladesh (184th). India had beaten Bangladesh twice in the World Cup qualifying round, though the wins were registered way back in 1985 (2-1 result in both double-legged matches).

“We still haven’t opened our account in Doha. We need to focus (against Bangladesh) and then the next one (against Afghanistan),” said senior defender Sandesh Jhingan, who took the captain’s armband in the second half of the Qatar match from Sunil Chhetri, who played only the first 45 minutes.

But India cannot be complacent as Bangladesh can be tough opponents as they had shown in the first leg of this qualifiers in 2019 in Kolkata where they had taken an early lead. An 88th minute header from defender Adil Khan helped India to draw that match in front of a huge crowd at the Salt Lake Stadium.

At the bottom of the group with two points, Bangladesh are coming into Monday’s match after a 1-1 draw against Afghanistan and they would also be desperately looking for a win. Bangladesh captain Jamal Bhuyan, who had played for Mohammedan Sporting in the I-League, said the tie would be an intense affair.

“Last time in Kolkata, we were disappointed not to get three points as India scored very late in the game. We have that hunger in us, and we know we can do some damage,” he said.

Monday’s match against Bangladesh would also be crucial for Stimac as he would also want to open his account in this World Cup qualifiers.

The former Croatian World Cupper has this match against Bangladesh and the one against Afghanistan on June 15 to make a mark in an otherwise disappointing campaign so far.