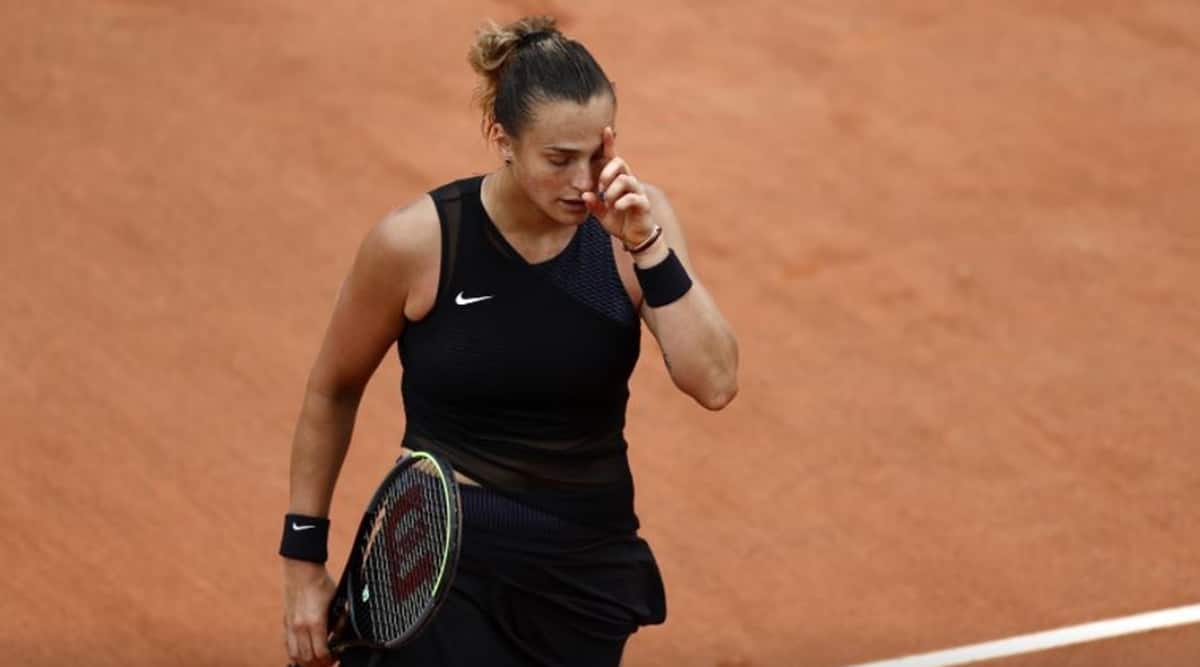 Third seed Aryna Sabalenka crashed out of the French Open with a 4-6 6-2 0-6 third-round defeat to Russian 31st seed Anastasia Pavlyuchenkova on Friday, leaving the women’s draw without its top three seeds at the claycourt Grand Slam.

After the exits of Ash Barty and Naomi Osaka, the Belarusian was the highest seed remaining this week in Paris but she failed to keep a leash on her unforced errors to lose to the experienced 29-year-old Russian.

Early Day 6 action featured @NastiaPav doing what she does best against No.3 seed Sabalenka. Get caught up👇

Sabalenka got off to a rollicking start for a 3-0 lead but her unforced errors abruptly mounted and Pavlyuchenkova won six of the next seven games to bag the set.

The 23-year-old hammered a flurry of winners to take four games in a row to win the second set and level the match before Pavlyuchenkova went off the court for medical attention, returning with her left thigh heavily strapped.

The injury seemed to have made no difference to Pavlyuchenkova’s game as she handed a bagel to her opponent in the decider to set up a meeting against Victoria Azarenka of Belarus.

Azarenka in fourth round for first time in eight years

Azarenka broke for 3-2 on her third opportunity as Keys hit a backhand long and a passing shot winner earned her another break before she bagged the opening set on serve.

Former world number one Victoria Azarenka reached the fourth round of the French Open for the first time since 2013 with a 6-2 6-2 victory against American Madison Keys on Friday.

The Belarusian, who reached a career-best semi-final at Roland Garros eight years ago, was a doubt for the claycourt Grand Slam after withdrawing from the Madrid Open last month with back pain, but she has been solid so far.

“Right from the beginning I knew there would be a lot of intensity, heavy balls. I tried to be solid and put pressure on her so she cannot dictate the points,” the 15th seed said in a courtside interview.

Into the 3R for the first time since 2015, @vika7 marches on past Madison Keys 6-2, 6-2. The No.15 seed faces Pavlyuchenkova next.#RolandGarros pic.twitter.com/THNnAyA2Z8

Azarenka broke for 3-2 on her third opportunity as Keys hit a backhand long and a passing shot winner earned her another break before she bagged the opening set on serve.

She stole her opponent’s serve twice again in the second set, keeping Keys on the back foot throughout.