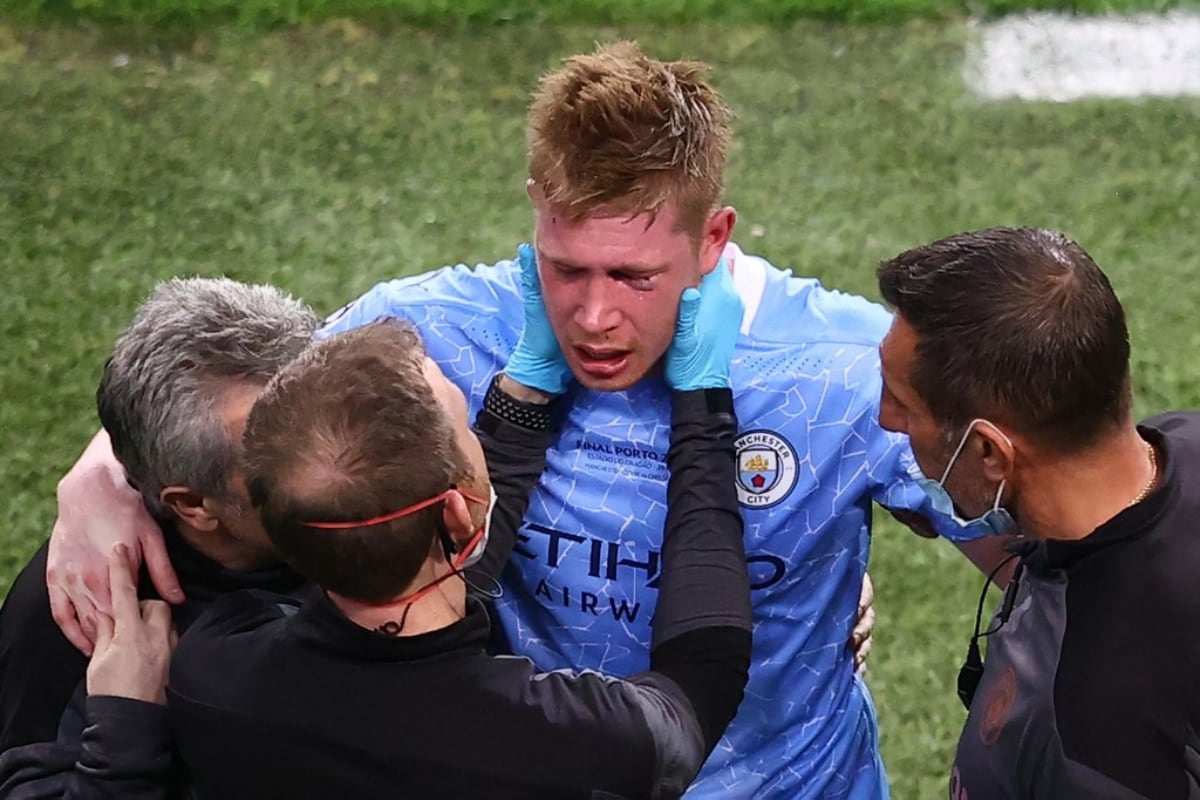 Kevin De Bruyne underwent “a small operation” on his face on Saturday morning and “will rejoin the team on Monday”, Belgium coach Roberto Martinez said. “We decided that Kevin De Bruyne finally needed a small intervention, which took place today. He will rejoin the team on Monday,” the Spanish coach told a news conference ahead of a friendly against Croatia. The Manchester City playmaker suffered fractures to his nose and left eye socket after a collision with Chelsea’s Antonio Rudiger in the Champions League final a week ago. “It was necessary for the long term,” said Martinez. “It lasted 20 minutes. Everything went well.”

The surgery “does not delay Kevin’s return. It could even speed up his return because he won’t need a mask,” said Martinez, adding that De Bruyne would be unavailable for their first Euro 2020 match against Russia on 12 June and refused to predict when the playmaker would return to the pitch.

Axel Witsel who has been included he squad even though he is still recovering from a ruptured Achilles tendon in January, will also miss the game against Croatia in Brussels on Sunday.

A third recovering midfielder, Eden Hazard, will start on the bench.

“Eden can do almost everything in training,” said Martinez. “I feel he is fit for tomorrow. He won’t start the game, but I think he will finish it.”

Hazard, who missed much of Real Madrid’s season said when he joined the Belgium squad on May 31 that he still had “some thigh problems”.

After opening against Russia, Belgium, ranked number one in the world , play Denmark and Finland in Group B.