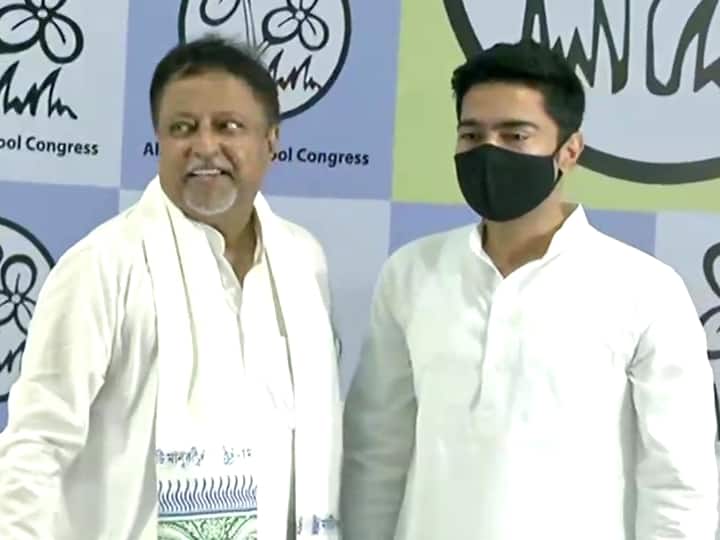 Prior to this, Mukul Roy reached the Trinamool Bhawan in Kolkata where West Bengal CM and TMC supremo Mamata Banerjee held a meeting with senior party leaders. Abhishek Banerjee was also present there.

Several turncoat politicians, who switched from TMC to BJP ahead of recently held assembly polls, have expressed regret over their decision to quit the ruling party.

This important development comes after the absence of three BJP heavyweights Mukul Roy, Shamik Bhattacharya and Rajib Banerjee at the recent meeting of the party’s West Bengal unit garnered a lot of attention sparking rumours.

BJP’s Bengal unit had held a high-powered organisational meeting where party leaders were required to be physically present.

Rajib Banerjee had recently said that people elected the government, referring to the TMC which returned to power with a resounding mandate, and added that they will not take it well if the threat of imposing the president’s rule is constantly dangled to oppose the chief minister.

“Enough with the criticism. The people elected the government with a majority, they will not take it well if the threat of Section 365 is constantly dangled to oppose the chief minister,” Rajib Banerjee had tweeted.

Commenting on Rahul Banerjee’s tweet, Majumdar said that the BJP does not support this stance.

The West Bengal BJP Vice-President went on to add that the leaders, who want to go back to Trinamool Congress, are greedy for power.

“It is their primary right. Those who want to go to their old party can go back. They can decide whether they want to stay with this party and work for the people or go to the party from where they came. They want to go back to Trinamool Congress because they are greedy for power.”

When Mukul Roy Moved To BJP

Mukul Roy was a founder-member of the TMC. In 2015, he and Mamata Banerjee had a fallout when his name came up in the Saradha scam and the Narada sting operation

Mukul Roy then met senior BJP leaders like Arun Jaitley and BJP general secretary Kailash Vijayvargiya and was suspended from TMC for six years. He resigned from Trinamool Congress in September 2017 and formally joined the Bharatiya Janata Party in November that year.

After a lot of reports and speculations, Rajib Banerjee left the TMC in January this year to contest the West Bengal assembly election on a BJP ticket.

Several leaders including Suvendu Adhikari, who once was a close aid of Mamata Banerjee, joined the BJP ahead of the state assembly election. BJP lost the polls but emerged as the second-largest party with 77 seats in the 294-member state assembly. Trinamool Congress registered a landslide victory winning 213 seats.

Suvendu Adhikari, who went on to defeat Mamata in the contest for Nandigram, was chosen as the leader of opposition.