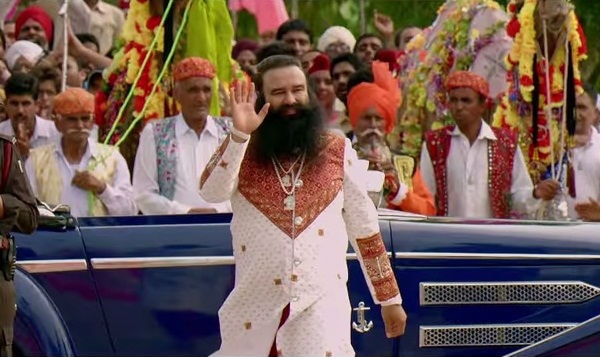 The controversial godman was taken to Gurugram’s Medanta Hospital from Rohtak’s high-security Sunaria jail, where he is serving a 20-year jail sentence for raping two of his disciples, where he was diagnosed coronavirus positive.

The 53-year-old had earlier undergone tests at Rohtak’s Post Graduate Institute of Medical Sciences (PGIMS) after he complained of abdominal pain.

The self-styled godman, sentenced to 20 years in jail in August 2017 for raping two women, was last month hospitalised at the PGMIS after he complained of low blood pressure, IANS reported.

A special Central Bureau of Investigation (CBI) court in Panchkula had in January 2019 also sentenced Ram Rahim along with three others to life imprisonment for a journalist’s murder over 16 years ago.

Ram Rahim and the three others were accused in the 2002 murder of Sirsa-based journalist Ram Chander Chhatarpati, the editor of ‘Poora Sach’ newspaper.