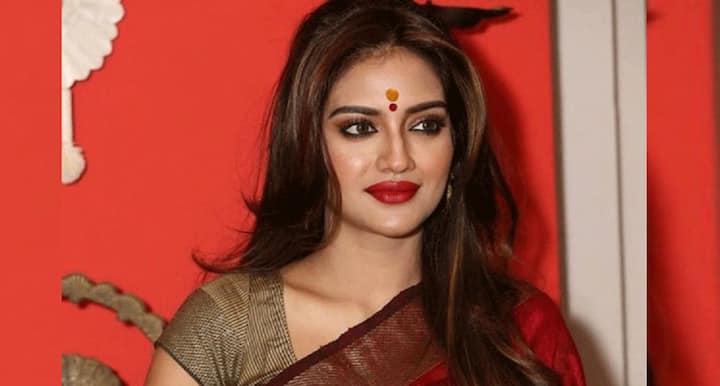 Kolkata: Nusrat Jahan Ruhi wears many hats as is a leading Tollywood star, an Instagram sensation, a parliamentarian who was a leading campaigner during the recent elections. But her life seems to be riddled with a lot of controversies.

Here are a few details of several controversies in the last decade:

In 2016 Jahan was the star campaigner for the TMC in the state elections. After the announcement of her candidature in 2017, a BJP IT Cell worker was arrested for making and circulating an obscene caricature of the Bengali actress. On September 30, 2016, her ex-boyfriend, Kadar Khan was arrested in the case of the Park Street gang rape case four years after the incident. During the time Nusrat was supposed to get married to him. She was accused of sheltering a criminal.

Jahan’s rallies had always drawn huge crowds and her popularity due to the film background has acted as leverage to her role of the reconciliation candidate. Since her candidacy, Jahan has been vocal about her will to bridge the communal gap between the Hindu and Muslims.

Jahan has been under the microscope since her announcement of candidature. She was contested in place of the then sitting MP, Idris Ali, opposite BJP’s Sayantan Basu. Jahan won with a whopping lead of 3.5 lakh votes. Nusrat did not turn up for the oath-taking ceremony for the MPs in June 2019 and she was in Turkey to solemnize her relationship with Nikhil Jain in Turkey.

Nusrat missed her first day at the Winter Session Parliament on 18th November 2019. Reportedly, she was ‘unwell’ and had been admitted to the Apollo Gleneagles hospital in Kolkata. If reports are to be believed, there are two sides to the story. One, she suffered respiratory illness due to her long-standing asthma problem. Second, she had suffered a “drug overdose.” PTI quoted an anonymous police source, who said, ‘she overdosed on medicines at Nikhil Jain’s birthday party.”

After she returned from her wedding, she was again subjected to media scrutiny after she wore bangles, sindoor, and saree to the Parliament. The discussion was much about the color of lipstick, sunscreen, accessories, and outfit. Twitter heavily trolled her on her first day in the Parliament for wearing Western clothes and posing for a selfie along with friend and colleague Mimi Chakraborty.

Around the same time, there was much stir about the validity/sanctity of her matrimonial bond. Mufti Mukarram Ahmed, Shahi Imam, Fatehpuri Masjid said, ‘“It’s not a marriage. It looks more like a relation to show off. Both Muslims and Jains won’t consider it a marriage. She is no more a Jain or a Muslim. She has done a big crime and she should not have done it.” Jahan shut all the conversations by tweeting, ‘I represent an inclusive India which is beyond the barriers of caste, creed, and religion.’

Next up, Jahan tackled the media when she was harassed outside Parliament. Her outburst ‘dhakka maat dijiye’ made headlines the next day.

The actor-turned-politician was heavily criticized by Muslim clerics when she played ‘dhak’ and offered prayers during Durga Puja in October 2020. Vice President of the Itehaas Ulema-e-Hind, Mufti Asad Kasm declared her actions ‘Haraam.’

There were many filthy and misogynistic attacks on Youtube and Twitter towards her. Twitter handle, @hemantraha, shared a photo of both Jahan and Chakraborty pouting while looking at the camera with the caption, “Nusrat Jahan & Mimi Chakraborty asking for votes from their respective constituency.”

Similar vicious sexist comments – including ones that use far more abusive language – can be found aplenty against both the actor-turned-politicians on social media.

Nikhil Jain is a city-based entrepreneur of a textile business. They met each other when Nusrat modeled for the brand in 2018. The duo shared innumerable pictures with romantic captions while they were dating. Later, they announced their engagement, followed by their wedding in the picturesque countryside of Bodrum, Turkey. On 4 July, 2019, the couple hosted a grand reception at a 5-star property in Kolkata, which was attended by several who’s who of Tollywood and the political fraternity of Bengal.

Since January 2021, there have been rumours about her affairs with co-star Yash Dasgupta. Around February 2021, there were reports about a divorce notice sent to Nusrat by her husband, Nikhil Jain. However, Nusrat claimed that she never received such notice.

This week a cryptic post came up on Instagram, which alleged that Nusrat Jahan is pregnant. Bengali news websites reported that she is six months pregnant and it is also said that her estranged husband is unaware of it.

ABP Ananda quoted Nikhil saying that their marriage had fallen apart, and they have not been staying together for over six months now, so in no way the child is his. He also said that there is no contact between Nusrat and him.

Meanwhile, after the release of Dictionary and SOS Kolkata in February 2021, Yash and Nusrat spent New Year’s together in Rajasthan and even visited Dakshineswar temple. The duo has been spotted several times together.

Jahan opened up about her much-talked-about marriage with Nikhil Jain. The TMC MP released a statement, revealing that her marriage with Nikhil was according to Turkish Law and is not valid in India. BJP is now using this to target her, BJP IT Chief Amit Malviya questioned whether Jahan lied in Parliament where it states she is married to Nikhil Jain.